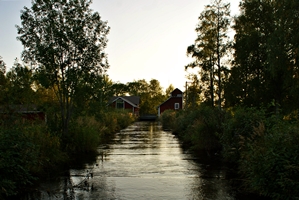 The power plant of Pärus Fors has got its name after the village of Perus (earlier Pärus). Two dams from the 1910’s dam up the water flow in front of Storholmen. They lead the water into the opening of the channel and forward to the turbine from which the power is transmitted with a belt to the ”heart” of the power plant, the generator that makes ecological electricity. 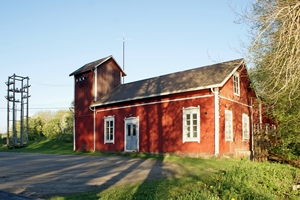